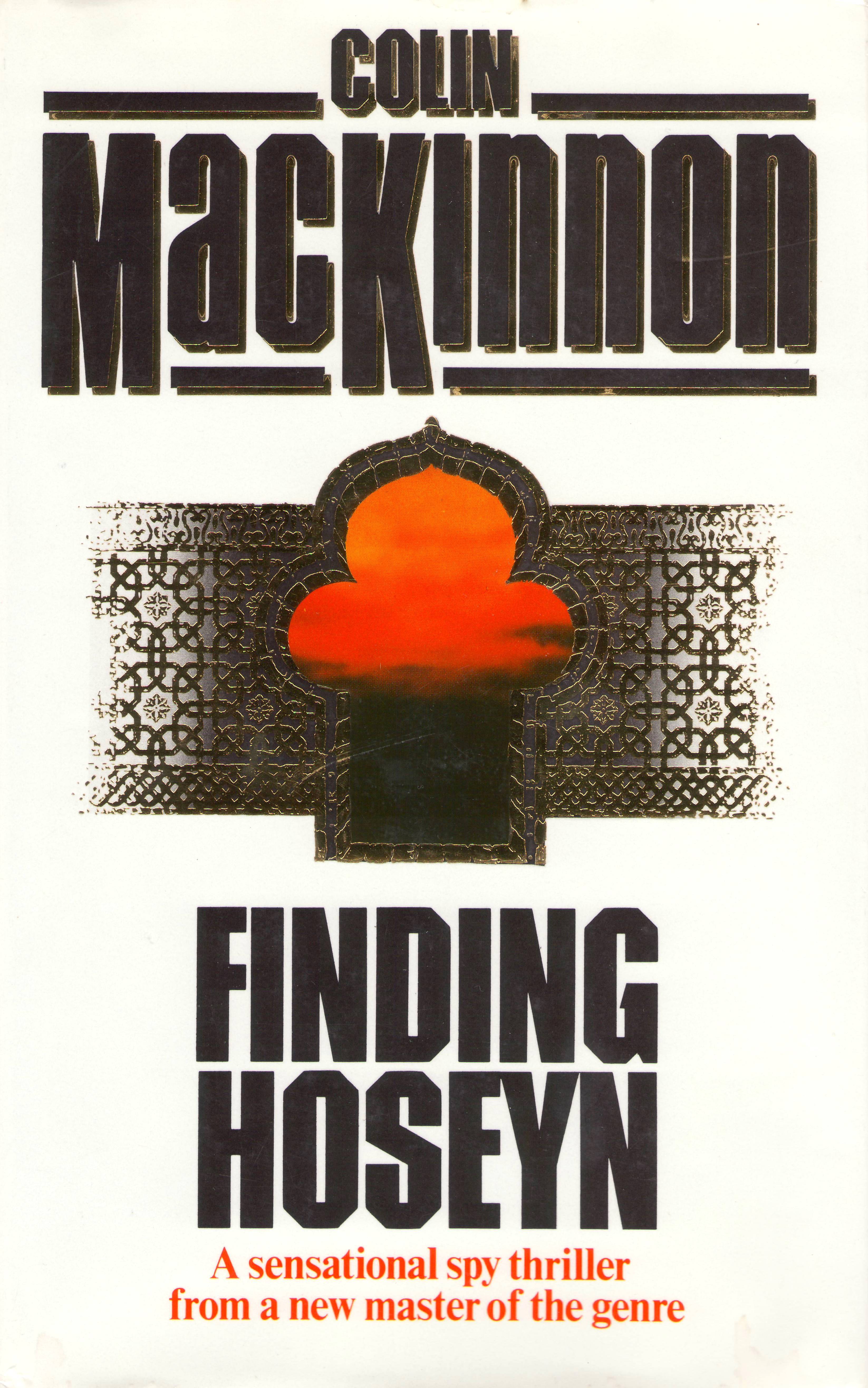 "Mr. MacKinnon's rich novel is given depth by his understanding of place and time: he has lived for several years in Iran; he speaks Persian and other Near Eastern languages; and he is aware of the reach and power of contemporary Islam, of the vehemence of Israeli intelligence, and of the strength of Khomeini." The New Yorker.

"MacKinnon, in his first novel, has wrought a fine, convoluted thriller... a lovely debut." Publishers Weekly.

For a first novel, FINDING HOSEYN by Colin MacKinnon (Arbor House, $16.95) moves with an unusually sure hand. It helps that the author, an American journalist who has worked in Iran, is writing about something of which he has had personal experience. Mr. MacKinnon clearly has a decent acquaintance with the spy novels of John le Carre and has even looked back to such masterpieces as Eric Ambler's ''Coffin for Dimitrios.'' But he remains very much his own man and has written a most satisfactory thriller.

His hero is an American journalist in Teheran during the last days of the Shah's regime. Terrorists kill an Israeli, and there is a prompt hush-up. The British reporter who has broken the story is recalled and reassigned. But the American smells a big story and starts his own investigation. He has to travel to other countries in the vicinity and to Europe, finding a little bit here, a little bit there. Finally the chase focuses on a shadowy figure known as Hoseyn. And, of course, the reporter's life is in peril as he gets closer to his quarry.

Meanwhile, Israeli intelligence has been busy, and several overworked, world-weary Mossad veterans stationed in Teheran have to piece together the facts of the case. With a big network of agents at their disposal, they are able to learn more than the reporter, and what they learn adds up to a Middle Eastern explosion unless they can thwart terrorist plans. They, the reporter and the mysterious Hoseyn come together in a wild finale.

Mr. MacKinnon not only tells a riveting story. He is a specialist in the Middle East and is able to penetrate the minds of his characters. We get a good idea of what life in Iran was like in pre-Khomeini days, of how the country was ripe for revolution, of the fanaticism of the religious element, of the determination of the terrorists and of the gossipy approach of the foreign press contingent. Mr. MacKinnon does not preach but merely stands outside his political world, reporting. And a splendid reporter he is.