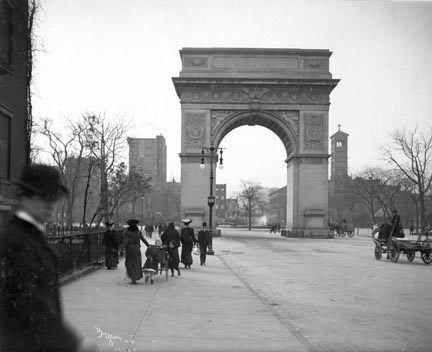 One, a nineteenth century anti-Tsarist revolutionary, the other, a twenty-first century American scholar...

Linking them, an ancient and mysterious manuscript, written in an indecipherable script and filled with bizarre, erotically-charged illustrations…

Billy McKenzie, A Love Story is a beautifully written tale of love and intrigue, with strong, sympathetic, believable characters. It draws a vivid picture of fin de siècle London and the city's revolutionary circles and will appeal to lovers of literary and historical fiction alike. 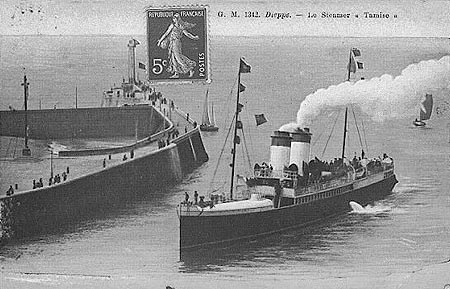 The Tamise Arriving in Dieppe.

She realised who he was a few moments after they had passed one another. Her heart snapped then, and she cried aloud, “My God, Billy - it’s you!” A man she had seen in the dimming afternoon light in Washington Square had been Billy McKenzie, who, for a brief, ecstatic period more than twenty years before, had been her lover.

Only Billy was dead.

She walked a few paces further mechanically in a slow-gathering tumble of emotions. When she finally had the wit to turn and look for him amongst the few other pedestrians hurrying by in the falling snow and intense cold he had vanished. She did not believe in spirits, yet Billy’s apparition - striding smartly along, his face set like flint, his hair dusted with snow - had been as vivid as life. She started to walk in the direction he had seemed to be going, then clasping her drawings portfolio to her chest, she broke into a half-run, loping past the central fountain and down the wide walk as far as the south edge of the park, where she halted, out of breath and feeling foolish.

There had been no Billy, of course. She knew that. She marvelled at the oddness of the experience and wondered what had come over her.

Her name was Flora Bowles Lijak, and it was late January, 1918. She was fifty-three years old, a tall, slender woman with a plain face and chilly eyes. Her hair, which had once been her glory with its thick piles of gold and which had impressed Billy greatly - he called her “Divine Fire” and “Goddess” - her hair had thinned and turned grey and was acquiring streaks of white. (“Negative alchemy,” she once joked to her husband, “I’m turning gold into lead.”)

She had been born in Ireland to English parents. Her father, William Bowles, who died shortly after she was born, was a mathematician and had taught logic at Queen’s College, Cork; her mother, Mary Catoe Bowles, also deceased, had been a feminist writer and teacher of mathematics. Flora was married to a man named Wilfrid Michael Lijak, who was Polish by birth, British by nationality. She had, in fact, been married to Lijak and living in London when she and Billy had had their disastrous affair.

Now she and Lijak lived in New York City, where he had a lucrative business trading in rare books and illuminated manuscripts. The Great War served only to make Lijak’s trade more prosperous, for such antiquarian items had become harder to get in North America, while the war was further enriching the upper reaches of the American business class, Lijak’s natural clientèle. Her husband’s sales office occupied a small suite on the top floor, the 16th, of the new and prestigious Aeolian Building, whose clean, vertical lines soared gracefully over 42nd Street just west of Fifth Avenue. On the opaque glass window of the office door discreet black lettering read: “Lijak Rare Books and Prints. Incunabula. Woodcuts. Maps. Early Printed Books. W.M. Lijak, Prop.” With its view looking over Bryant Park and the New York Public Library and its location at the heart of the city’s commercial district, Lijak’s office was the perfect place to entertain wealthy bibliophiles. He counted amongst his customers Henry Clay Frick, the industrialist, and J.P. “Jack” Morgan, Jr., son of the late financier. Each was known to visit Lijak Rare Books and Prints and sit chatting with its proprietor, a charming and learned raconteur.

Returning through the park Flora thought on her - she must use the term - hallucination. She would not allow it to upset her. She most certainly would not be frightened. Things of the sort sometimes happened to people. It was singular and queer, but that was all. She was not losing her mind.

In Fifth Avenue she boarded a bus to return to her husband’s office. The bus was crowded - it had started at the Battery - and hot. It smelt of sweat, tobacco, damp wool, machine oil, and engine fumes. A sweet-faced young man in Army cap and uniform noticed her and quickly stood to give Flora his seat. She took his place gratefully. Hanging from the strap, swaying as the bus lurched forward, he looked all of eighteen. He had no overcoat and no gloves, and she wondered how he could have gone out dressed as he was without freezing. Was he stationed here in New York? she wondered. Or would he be off soon for France? Would he be gassed? Blinded? Would he be killed? Or merely lose his legs? He was so young and innocent.

As Billy had been.

Billy - William Boyd McKenzie of San Francisco - was an Anarchist and Socialist, one of many from all over the world in London in the 1890s. Though personally kind, Billy professed admiration for revolutionary violence - “propaganda by the deed” as it was called back then - a trait that made Flora, who was a pacifist by conviction, uneasy.

Once they had become lovers Flora took to calling him “Billy,” sometimes “Billy Boy,” from the song (“Oh, where have you been, Billy Boy, Billy Boy?”). The name was incongruous. Billy, by turns fisherman, dockworker, and labour agitator, was over six feet tall and powerfully built, and could sometimes show a rough manner. Men, sizing him up, took him seriously. So did women. No one other than she thought to call him Billy.

Flora looked out onto the Avenue: automobiles, buses, vans, shops, crowds. At 23rd Street she noticed a poster affixed to the rear of a news-stand. It showed a white-haired woman in a long black dress with white cuffs and a white bertha standing behind and gesturing toward an eager-faced young man in army uniform and wide-brimmed campaign hat. The young man was brandishing a rifle with fixed bayonet. The poster read, “America, Here’s My Boy.” Flora turned to look again at her innocent soldier, but he had got off.

On the way uptown, thinking of her affair with Billy, Flora recalled:

- a crumpled letter burnt to ashes;

- a man’s mangled body, his limbs in a bloody pile on a suburban London rail-line;

- sexual abandon in a hotel on the south coast of England;