Billy McKenzie, A Story of Love 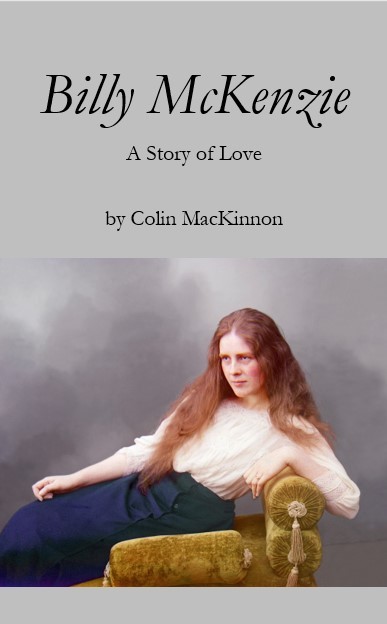 Flora Lijak is a nineteenth century English writer and anti-Tsarist revolutionary. Flora's abuse at an early age has seemingly rendered her numb to sexual pleasure, but in the prime of her life - and much to her surprise - she has an incandescent love affair with an American Anarchist named William McKenzie. Their tempestuous romance takes place in London in the summer of 1895. It ends when McKenzie, on a mission to Paris to assassinate a Russian general in that city, is killed, betrayed by an unknown spy.

Ozzie Hosseini, an American, is a twenty-first century scholar of English Literature and a professor at Georgetown University. She is still grieving the death of her husband Tom, killed in an accident five years before. To cope with her loss, she has thrown herself into work. She has no wish to find someone else.

Linking Flora and Ozzie - whose chapters alternate - is the ancient and mysterious Lijak Manuscript, named for Flora's husband, who discovered it in an out-of-the-way monastery in Italy. The Manuscript is written in an indecipherable script and is illustrated with fantastic, erotically-charged drawings.

Ozzie first hears of the Manuscript from Mark Morehead, a decoder working at NSA. Mark's interest in decrypting the ancient document leads him to visit Ozzie in her office at Georgetown - he mistakenly thinks she's an expert on Flora and might help him in his quest.

Mark's visit piques Ozzie's interest in Flora. By tracking down records and artifacts - a marriage certificate, an old photograph or two - Ozzie manages to piece together the story of Flora's life and ultimately learn something Flora never knew: the identity of the person who betrayed McKenzie. Mark's visit to Ozzie is also the beginning of their romance. Ozzie soon falls crashingly in love with Mark.

Ever in the background is the Manuscript, which Ozzie comes to realize is an exposition of "good witchcraft" and a treatise on love, likely penned by women.

A radical plot twist at the end - which ambushes the reader - brings the novel to a most satisfactory conclusion. Flora's and Ozzie's stories both end happily.

Billy McKenzie, A Story of Love has strong, sympathetic, believable characters. The novel draws a vivid picture of late Victorian London and the city's revolutionary circles and will appeal to lovers of literary and historical fiction alike.